Every month I try to find some interesting and fresh YA fantasy books to share, and this month is no exception! We’ve got high-stakes fantasy, a retelling, and even some cool non-fantasy because everyone needs a sci-fi story to get their teeth into, right? Enjoy! 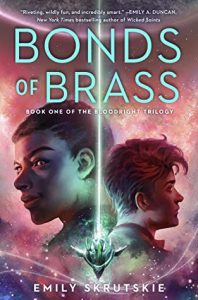 A young pilot risks everything to save his best friend–the man he trusts most and might even love–only to learn that he’s secretly the heir to a brutal galactic empire.

Ettian Nassun’s life was shattered when the merciless Umber Empire invaded. He’s spent seven years putting himself back together under its rule, joining an Umber military academy and becoming the best pilot in his class. Even better, he’s met Gal Veres–his exasperating and infuriatingly enticing roommate who’s made the Academy feel like a new home.

But when dozens of classmates spring an assassination plot on Gal, a devastating secret comes to light: Gal is the heir to the Umber Empire. Ettian barely manages to save his best friend and flee the compromised Academy unscathed, rattled both that Gal stands to inherit the empire that broke him and that there are still people willing to fight back against Umber rule. As they piece together a way to deliver Gal safely to his throne, Ettian finds himself torn in half by an impossible choice. Does he save the man who’s won his heart and trust that Gal’s goodness could transform the empire? Or does he throw his lot in with the brewing rebellion and fight to take back what’s rightfully theirs?

Find Bonds of Brass by Emily Skrutskie on Goodreads. 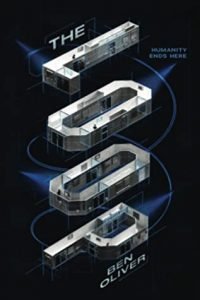 Life inside The Loop-the futuristic death row for teens under eighteen-is one long repetitive purgatory. But when news of the encroaching chaos in the outside world reaches the inmates and disorder begins to strike, the prison becomes the least of their worries.

It’s Luka Kane’s sixteenth birthday and he’s been inside The Loop for over two years. Every inmate is serving a death sentence with the option to push back their execution date by six months if they opt into “Delays”, scientific and medical experiments for the benefit of the elite in the outside world. But rumors of a war on the outside are spreading amongst the inmates, and before they know it, their tortuous routine becomes disrupted. The government issued rain stops falling. Strange things are happening to the guards. And it’s not long until the inmates are left alone inside the prison.

Were the chains that shackled Luka to his cell the only instruments left to keep him safe? He must overcome fellow prisoners hell-bent on killing him, the warden losing her mind, the rabid rats in the train tunnels, and a population turned into murderous monsters to try and break out of The Loop, save his family, and discover who is responsible for the chaos that has been inflicted upon the world.

Find The Loop by Ben Oliver on Goodreads.

So This is Love

What if Cinderella never tried on the glass slipper? Unable to prove that she’s the missing princess, and unable to bear life under Lady Tremaine any longer, Cinderella attempts a fresh start, looking for work at the palace as a seamstress. But when the Grand Duke appoints her to serve under the king’s visiting sister, Cinderella becomes witness to a grand conspiracy to take the king-and the prince-out of power, as well as a longstanding prejudice against fairies, including Cinderella’s own Fairy Godmother. Faced with questions of love and loyalty to the kingdom, Cinderella must find a way to stop the villains of past and present . . . before it’s too late.

Find So This is Love by Elizabeth Lim on Goodreads. 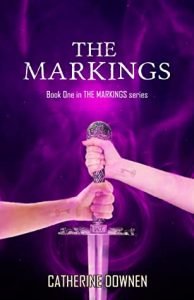 DATHER IS AN ISLAND THAT WAS ONCE KNOWN AS OHAU. A nation that rose from the ashes after an asteroid shower has divided itself when people began to discover their unique powers. At sixteen-years-old Adaline sits in prison with her mother and younger brother, and today is Parting Day where more prisoners will be executed. After seven years of being spared, Adaline’s luck has run out. But she won’t go quietly or easily. Her life depends on her ability to escape the grasps of the King and find a place of freedom. Discovering her unique powers is the turning point Adaline needs to get a second chance at her freedom. In this thrilling novel of friendship, family, and secrets Adaline runs for her life and learns the truth of her past along the way.

Find The Markings by Catherine Downen on Goodreads. 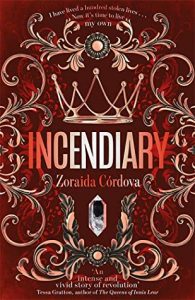 I am Renata Convida.
I have lived a hundred stolen lives.
Now I live my own.

Renata Convida was only a child when she was kidnapped by the King’s Justice and brought to the luxurious palace of Andalucia. As a Robari, the rarest and most feared of the magical Moria, Renata’s ability to steal memories from royal enemies enabled the King’s Wrath, a siege that resulted in the deaths of thousands of her own people.

Now Renata is one of the Whispers, rebel spies working against the crown and helping the remaining Moria escape the kingdom bent on their destruction. The Whispers may have rescued Renata from the palace years ago, but she cannot escape their mistrust and hatred–or the overpowering memories of the hundreds of souls she turned “hollow” during her time in the palace.

When Dez, the commander of her unit, is taken captive by the notorious Sangrado Prince, Renata will do anything to save the boy whose love makes her place among the Whispers bearable. But a disastrous rescue attempt means Renata must return to the palace under cover and complete Dez’s top secret mission. Can Renata convince her former captors that she remains loyal, even as she burns for vengeance against the brutal, enigmatic prince? Her life and the fate of the Moria depend on it.

But returning to the palace stirs childhood memories long locked away. As Renata grows more deeply embedded in the politics of the royal court, she uncovers a secret in her past that could change the entire fate of the kingdom–and end the war that has cost her everything.

What YA books are you excited for this month?

An Interview with Prince Ravel