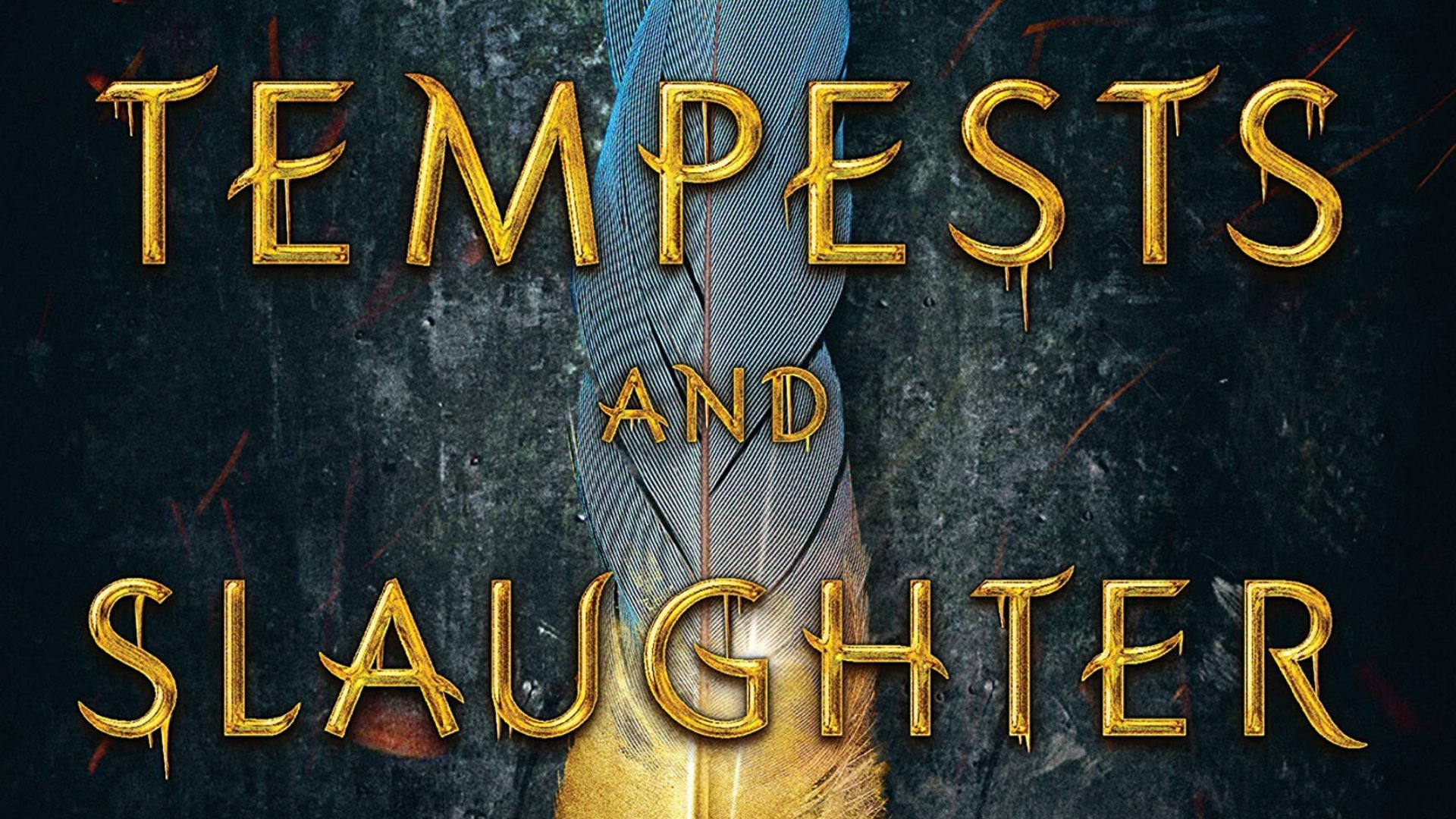 As you guys are probably aware, I’m a big Tamora Pierce fan and it has been some time since we were blessed with another entry into the Tortall universe with a new series. Tempests and Slaughter is immediately different from the main series for a few reasons: for one, it’s a prequel based on the older Immortals quartet and develops the backstory of certain characters in that series. And for two, it’s the first series written from the perspective of a teenage male protagonist, the charming Numair Salmalín. The Immortals quartet were the second series Tamora Piece wrote way back in 1992. They featured locations and characters from the Song of the Lioness quartet, but the story and main character of Daine were quite different and focussed more on the life of mages and wild magic than knighthoods and war. I have to admit, as a massive fan of Song of the Lioness, I didn’t enjoy Daine’s story as much as I did Alanna’s. My favourite book from that quartet is actually Emperor Mage when Daine and and friends travel to Carthak and meet Ozorne and we learn more about Numair’s previous life. Ozorne himself was a fascinating character, thus I was quite excited to read Tempests and Slaughter since it’s all about those early friendships between Numair and Ozorne.

Tempests and Slaughter begins with a young ten year-old Numair known then as Arram Draper. Going into a prequel is always interesting because you’ll know exactly what these characters become and where fate takes them, but it’s fascinating to witness their journey. Arram Draper is an inquisitive and charming boy with a natural gift for magic, and he joins the Imperial University of Carthak which is effectively a magic school. Tthere he befriends young Prince Ozorne and Varice, a mage with a passion for cooking and who wishes to combine magical and culinary gifts. There are other characters from the Immortals series which make an appearance, such as Lindhall Reed and Sarge, and there’s also name drops from the Beka Cooper series, namely Rosto and Farmer. As a long-time fan, these were some nice nuggets of fan service.

As you’ll expect from Tamora Pierce’s writing, there were many wholesome scenes involving a young Arram coming of age and learning what it means to grow up and handle puberty whilst taking on new lessons and developing his magic in loving detail. There were also plenty of new animal companions including a crocodile god! All of Arram’s interactions with his new animal friends and his brush with mild magic were wonderful nods to the Immortals quartet and the relationship he would eventually develop with Daine.

Ozorne and Varice also made for interesting characters. We see where Ozorne develops his charm and love for animals, especially birds, but also see the glimmers of bitterness and darkness that will ultimately send him down his path of destruction. Varice is also a wonderful character who isn’t ashamed to embrace her femininity and love for cooking, and defends herself from the implication that these things make her less of a mage, or make her studies less important. The story sets up the inevitable conflict that will drive Arram and Orzorne apart, but doesn’t get there yet. This is where I think Tempests and Slaughter fails somewhat.

The story builds up to a climax but doesn’t really get there. Rather, the story hints at the conflict to come. As such, Arram doesn’t face much struggle or danger. The story does a great job at showing us Arram’s early life and how he trains to become a powerful mage, but to me it feels like the story focuses more on building up the backstory than getting to the good stuff. I’m hoping all this build up will lead to the explosive conflict and how Arram transitions to Numair in the next book.

Tempests and Slaughter is a charming story that is highly recommended for fans of The Immortals quartet, but if you’re new to Tamora Pierce’s work, I think you’re better off starting with The Immortals or another of her series before reading this, if only to understand the context, world, and why we care about these character so much.