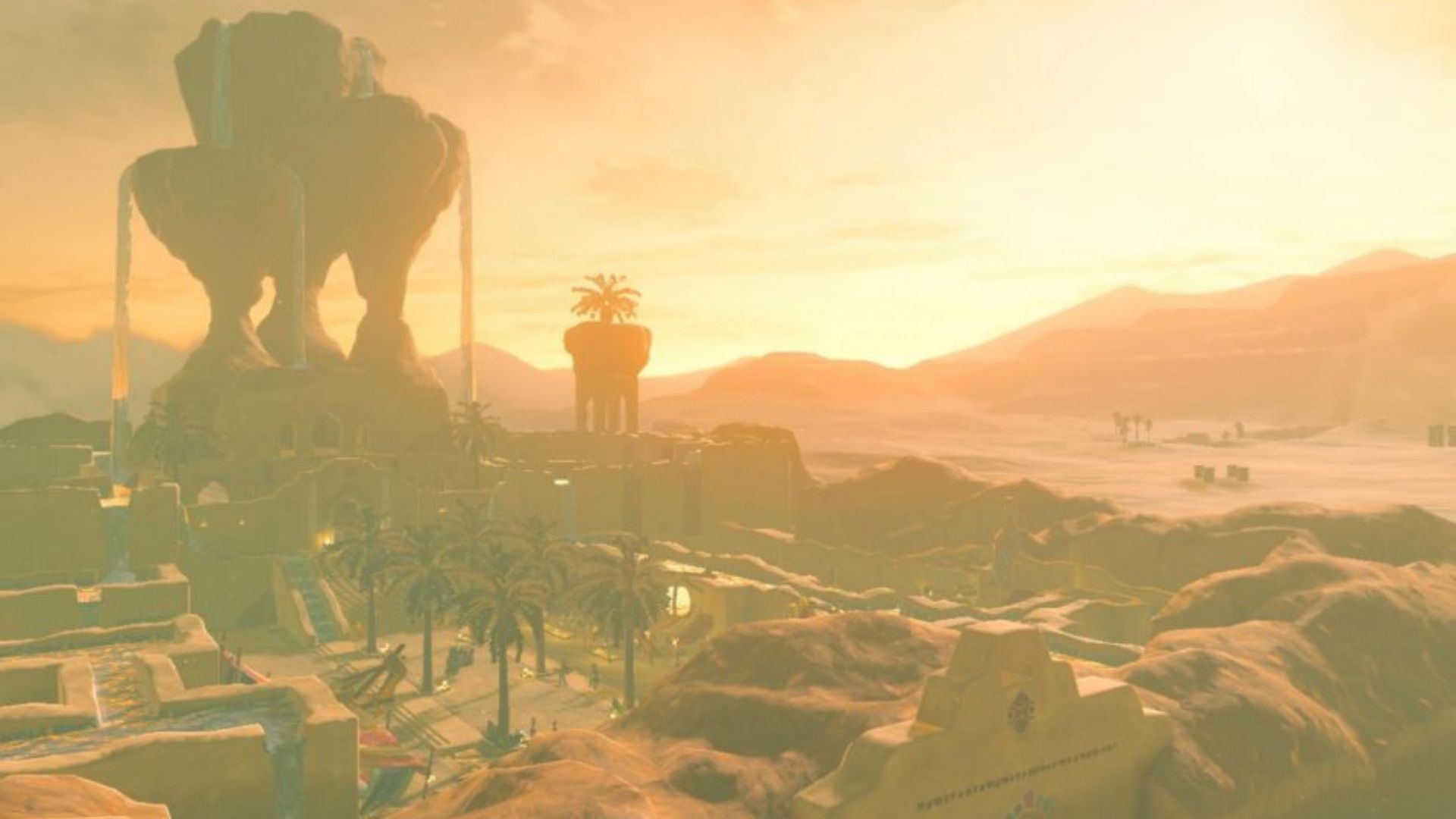 Confession time; I have never stepped foot in a desert.

Apparently running through the beach and imagining the dunes as some far away southern kingdom doesn’t count. I’ve always been fascinated by elemental biomes in video games, from mushroom forests to water worlds, underground cities, snowy estates, and deserts. I’m not even a big fan of hotter climates as I’m British and basically pathetic with any kind of heat, yet I love writing about deserts and imagining myself exploring them. It’s all this dreary rain.

I’ve taken a lot of inspiration for my book Sand Dancer from real deserts, but also from exploring fantasy ones within some of my favourite video games. So, here are five video games with great deserts that have inspired the world of Sand Dancer! The original parkour dungeon crawling adventure. Set in a fantasy Persia, an unnamed Prince must navigate dungeons full of deadly traps to stop an evil Vizier and save the day. The series started out as a 2D side scrolling platforming and evolved into a 3D action adventure which would go on to evolved into Assassin’s Creed, and also star in its own live action film! The world weaves a Persian-inspired setting with time-travelling sand, magical monsters, djinn, and deadly plots. Sadly there hasn’t been a new Prince of Persia game in some time, probably due to the success of Assassin’s Creed which shares many similar features, such as the acrobatic nature of exploration and combat. I will also confess that I did enjoy the film adaptation! Journey is perhaps one of the most beautiful and peaceful video games I have ever played. As the name suggests, you travel across and endless desert on a journey to reach the distant mountains. Along the way, you’ll discover ruins of an old civilization and complete puzzles to progress. However, its the emotional journey you embark on that really sets this apart from other video games. Journey is full of wonder with an amazing soundtrack that adds to the desolate desert atmosphere. An Arabian Nights adventure with Prince of Persia inspiration, City of Brass is a trap-filled dungeon crawling game which must be played over and over to survive the deadly city, hunt treasure, and battle the enemies within armed with a sword and deadly whip. It’s one of those games which changes with each play through as you get better and progress. Whilst it has a steep learning curve, the world inside the fabled City of Brass definitely has that Arabian Nights flavour. It’s a fun pick-up-and-play game. As mentioned above, the Assassin’s Creed games have become the spiritual successor to Prince of Persia and arguably far bigger and more successful. There have been many Creed’s set within different time periods and locations, including the more recent Origins set in Ptolemaic Egypt, however it’s the original Creed and the story of Altair that really captured my imagination. The original game takes place during the Third Crusade in the Holy Land and explores the real-world middle eastern cities of Masyaf, Jerusalem, Acre, and Damascus. A lot of research went into the development of this game to make it as historically accurate as possible, and whilst the gameplay definitely improved with the sequels, I love the original Creed just because I get the chance to explore Damascus.

The Legend of Zelda Saving the best for last! There’s no epic adventure quite like a Zelda game. My Zelda will always be Ocarina of Time, though I absolutely adore the latest Switch release: Breath of the Wild. Whilst not strictly a desert-based game, no Zelda is complete without a trip to Gerudo Valley, home to a sprawling desert and brooding canyons. The Ocarina of Time version of Gerudo Valley hosts the amazing Spirit Temple, one of my favourite dungeons in the game. Just reaching the Spirit Temple requires a perilous trip across the sand chasing ghosts.

The Breath of the Wild version is definitely vast with a lot more to explore. Its home to a beautiful oasis and Gerudo Town, the perfect desert spot with palm trees, a market bazaar, and no men are allowed inside! It’s definitely one of my favourite locations in the game.

So these are some of my favourites, but there are a lot more games out there with amazing deserts. Uncharted 3, Fallout New Vegas, Desert Golf even! Do you know of any or have a favourite? Share them with me!