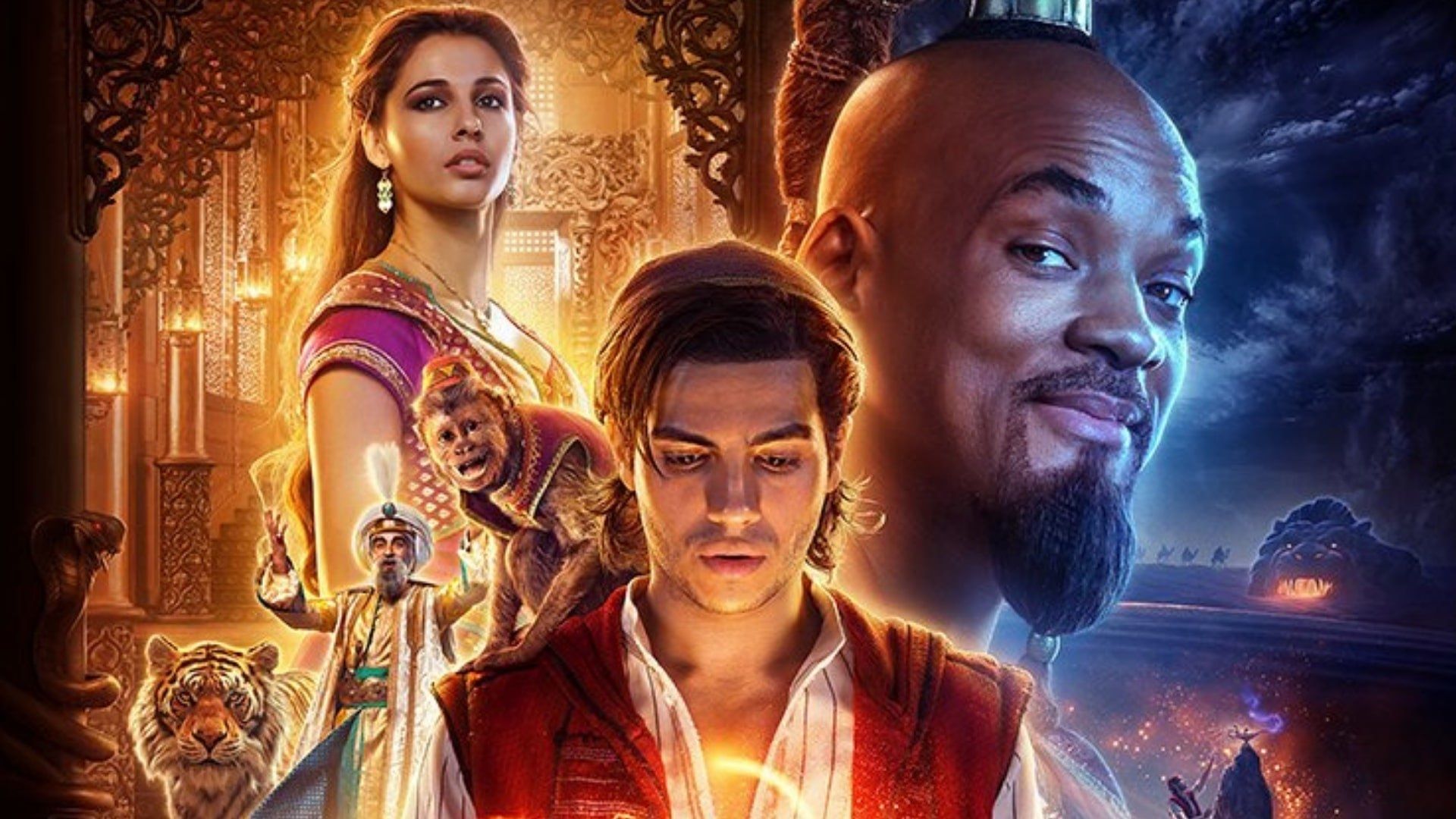 I’ve mentioned a bunch of times that Aladdin is my favourite Disney film and a key inspiration behind my book, Sand Dancer. I watched the two sequel films, owned the soundtrack, acted out scenes with the dolls and action figures, and even played the original video games back on the SNES and MegaDrive (Genesis)! So when Disney announced a live action version of my childhood, I was excited though understandably nervous. Could they pull it off?

The answer is a resounding yes. And honestly? I think I love this version more than the original!

The difficulty with live action remakes is that they’ll never capture the spirit of the original film, nor should they try to. It’s tricky to balance the nostalgic expectations of people who grew up on the original, and entertain the younger generations who are viewing this film for the first time. In Aladdin’s case, there are those who rightly mourn the loss of Robin Williams who performed brilliantly as the Genie – and those who balked at the idea of Will Smith playing this iconic character.

There are also those who think remaking these films are a waste of time when the originals exist, though on this I disagree. Remakes are a part of modern cinema world these days. How many superhero reboots are we going to have? Disney certainly seem to be making good money from these remakes, but they also give Disney a chance to re-create these films for a modern audience. Disney remakes also allow fresh talent to step onto the stage, and Aladdin is a film bursting with diverse actors.

I think it’s easier to enjoy these remakes when you view them as standalone films on their own right and not compared to the original. But of course, I’m going to do both!

It’s the Genie then who introduces us to the world of Agrabah with a breath-taking shot of the city that swoops over the palace to the tune of Arabian Nights. It was my favourite song in the original, and Will Smith performs a fantastic rendition. We quickly go into the action as Aladdin bumps into the runaway Jasmine. There’s no preamble here about her running away like in the original, we just jump straight to it and the scene transitions into Aladdin’s first opening song of One Jump Ahead, another favourite (okay they’re all favourites). This was initially jarring for me because it was so different from the original – they merged Aladdin and Jasmine’s opening scenes into one! And there is a part at the very beginning where they first meet and share a love-at-first-sight glance which was definitely jarring. This was the first time that I thought oh damn, they’ve ruined the film.

But then the music kicks in, and the scene of Aladdin evading guards unveils within this new live action world, and I fell in love.

You see, from the trailers it looked as though the new Agrabah was tiny and it didn’t feel like a real world at all. But no, this version of the film brings Agrabah to life. It’s full of colour and detail in a way that the original animated version could never do, and comparing the two now, the original looks dull and empty.

Disney stayed true to the major beats of the story where Aladdin is tricked by Jafar into entering the cave of wonders, befriends a magic carpet and the Genie, wishes to become a prince, and deals with his own inadequacies whilst pretending to be royalty. However, the film has been modernised. Plot holes or scenes which served no purpose or made no sense have been replaced with better ones, in my opinion. Additional scenes have also been added which don’t detract from the world, but rather add and expand it. For example, there are references to far-off kingdoms. There are a couple of new characters such as Dalia the handmaiden and Hakim the guard which I think also adds more to the world and story. Little details have also been changed for the better, such as the “Sunday Salaam” line in the song Prince Ali correctly updated to “Friday Salaam.”

The biggest modernising change is Jasmine herself. This remake version of the story is now more feminist. It’s still a love story at the heart of it, but Jasmine’s story is one of empowerment. She refuses to be quiet when belittled by Jafar which leads to her goal of becoming Sultan herself, and not just a wife and princess. Accompanying this is an entirely new song for Jasmine. When I first heard this, I was again jarred because it was new – but on subsequent re-watchings, I love the inclusion and the message it sends.

As such, the story of Aladdin isn’t just about a poor boy trying to win a princess, but it’s also about a princess believing in herself and wanting to be more. A great message for any younger Disney fan.

Mena Massoud and Naomi Scott are both perfect as Aladdin and Jasmine, but I was also surprised by Will Smith as the Genie. I know some people were worried he wouldn’t be a great fit, but honestly? Will Smith took the Genie’s role and made it his own. His performance was spot-on and he brought classic songs like Prince Ali and Friend Like Me to life.

The only real disappointment was Jafar’s character. He came across as the clichéd evil bad guy without any real motivation, though I appreciate they tried to give him a background as a thief, similar to Aladdin’s own. Admittedly, the original Jafar didn’t have much background either, but live-action Jafar just doesn’t have the same quirkiness as the original.

I greatly enjoyed this version of Aladdin and will be watching it again for years to come. Disney brought it to life in a way I would never have imagined. It was full of genuinely touching moments, and surprisingly, for me at least, genuinely hilarious moments. I’ll never forget the yam jams.

If you’re a fan of the original I say it’s worth giving the remake a try twice; once to get over the changes, and second to enjoy these changes for what they bring.

Now I’m excited to see what Disney do with a live-action Mulan!

Disney’s Aladdin is now available to buy on Blu-Ray or digital download.