Only monsters summon fire by magic. It’s a sin against the sun god and a crime against the king. The punishment is death.

But when sixteen-year-old Mina discovers fire magic runs in her family’s blood, it’s just the beginning of the secrets her father has been keeping from her. When her father is murdered, this half-starved peasant girl finds herself on the run—pursued across the desert by the soldiers and guards of the noble Houses. To survive, she knows she’ll have to abandon her past and learn the way of the sword. But only boys are allowed to carry a blade. There’s only one solution…

Disguised as a young nobleman, Mina must make a new life for herself in the heart of her enemies. But she knows she can’t keep up the masquerade forever. With time running out, which will she choose to find—the truth or revenge?

A Young Adult fantasy novel, Sand Dancer is a breathless tale of magic, intrigue, and murder in a desert kingdom where the summoning of fire is a sin punishable by death. When a 16-year-old peasant named Mina discovers fire magic runs in her family’s blood, she must disguise herself as a young nobleman if she hopes to discover the truth and avenge her father’s murder.

“At the heart of Sand Dancer is a young woman who is frustrated her life seems entirely out of her control,” said Miss Skies. “She struggles constantly, often in self-destructive ways, to escape the demands and expectations of her rigid, male-dominated world. I think that’s a very real and common experience for young women of any era or culture, whether it’s a fantasy kingdom of swords and sorcery or the real world of today.”

It’s a fast-paced adventure wrapped around a heartbreaking dilemma. When Mina’s pursuit of justice leads her to a new life with a truly loving family, she knows she’ll lose it all if she doesn’t let her father’s killer go free. But can she? Should she?
Rick Lewis ~ Publisher at Uproar Books
This is a book about never giving up control of your life, no matter what the world tells you, no matter what life throws at you. Embrace who you are, and embrace the people who accept you for who you are.
Trudie Skies ~ Author 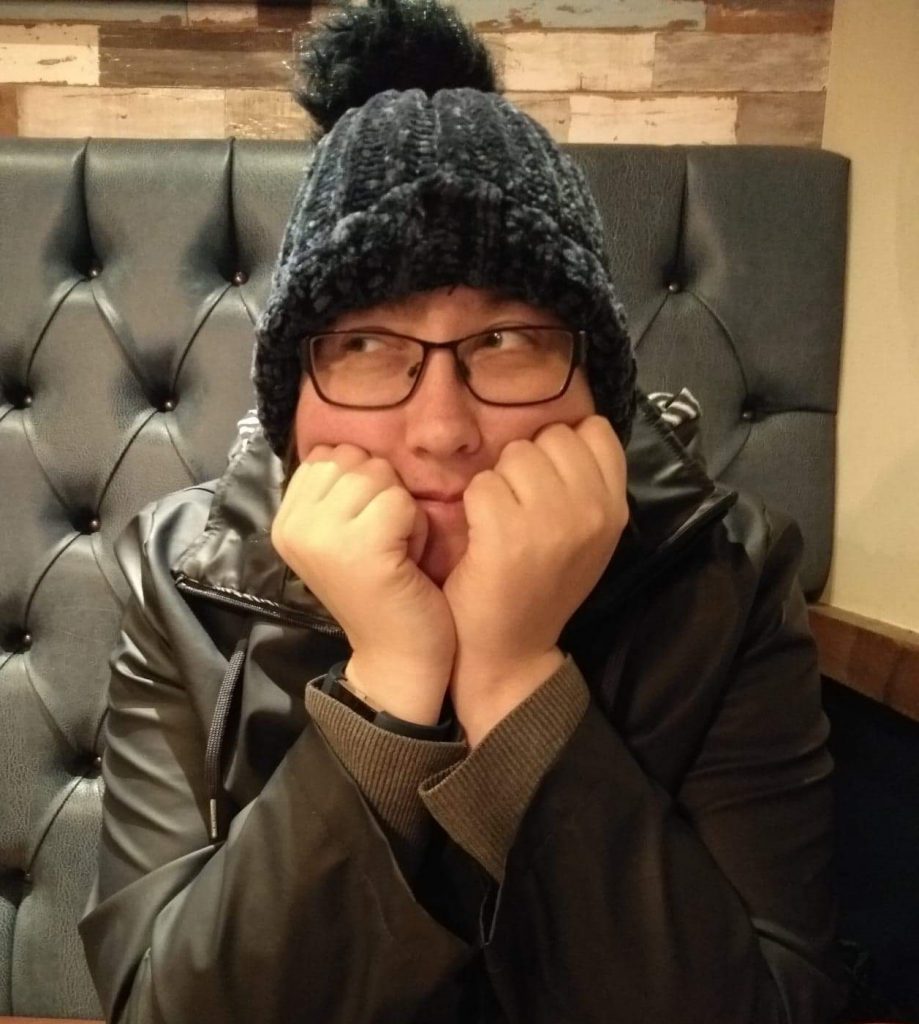 Author Trudie Skies was born in Nottingham—Robin Hood country, as she says—and now lives in North Shields, where she spends the majority of her free time imagining warmer climates and writing about them. Her less-than-free time is also spent behind a computer keyboard as an IT administrator. Previously, she worked as a mobile game designer and tester, as well as a professional writer for video game websites.

Miss Skies grew up on Tamora Pierce and has always wanted to be a swashbuckling knight with her own medieval castle. She has a thing for swords, and so all her characters also have a thing for swords. A lifelong fan of Young Adult fantasy, Miss Skies in recent years has been inspired by desert kingdoms and cultures, as is clearly apparent in her debut novel. She is currently writing the second of four books in the Sand Dancer series.

What people are saying about Sand Dancer:

 5/5
Loved this book, it was well written, the characters were vibrant and alive, and the world building is amazing.
Francesca
NetGalley Reviewer
 5/5
I loved this story. Mina is a girl who sees her father killed before her by a boy that she vows to find and kill. Along the way she discovers many things about herself and her family. Loved the world and sand dancing. Hope there is another book soon. ​
Patricia
NetGalley Reviewer
 5/5
The book gets better the more you read it and I love the subplots that combined all together in the end. Overall, one of the best reads so far for me this year.
Erika Sarutobi
NetGalley Reviewer